‘point of view’ is based on interviews in four different hospitals in London and Berlin as part of a research project (1998-2001) with the social scientist Michael Guggenheim. It studies and questions the function of art in hospitals and its selection process. The audio-interviews are combined with images of the artworks and the spaces that are discussed. The interview parts are separated by animated sequences in which the point of view is locked to a 3D hospital bed.

The research for the project was influenced by Michel Foucault’s ‘Birth of the Clinic‘ and by the experiences in 3D modeling practice. Foucault describes the formation of different spatializations of illness trough the construction of a clinical gaze. The construction of viewpoints in 3D modeling that allow you to move through an environment parallel this gaze and its understanding of space.

The video was shown in several hospitals followed by discussions. The work was first shown as an installation in 2005. For this occasion pictures were borrowed from Benjamin Franklin Hospital in Berlin and shown along with the video. 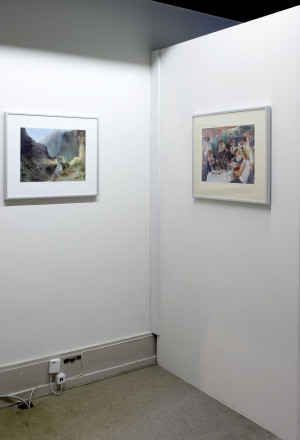 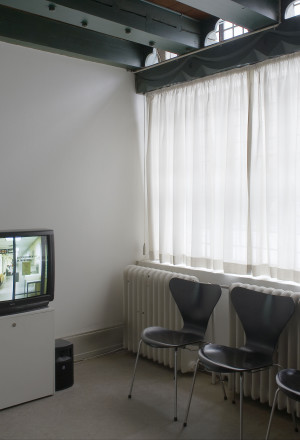